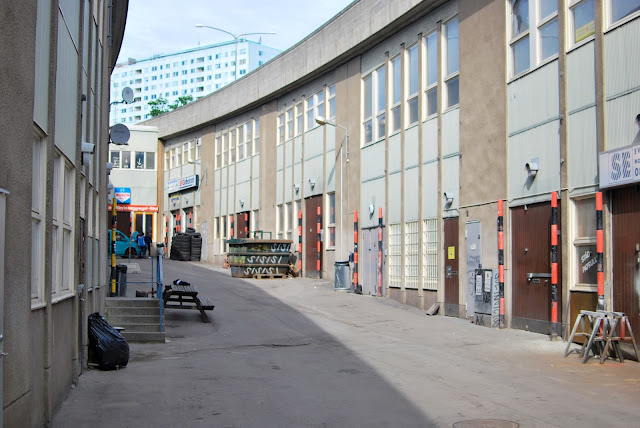 In-between and under the lanes of Frösundaleden, a major artery road in Solna, a condition similar to those described in Made in Tokyo exists. 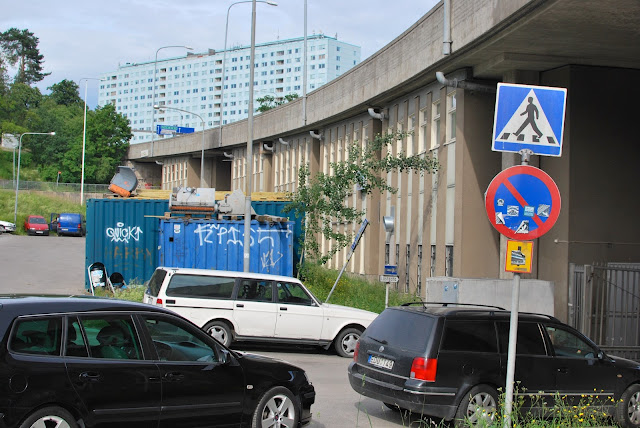 Underneath the road a series of workshops and a restaurant. The structure follows both the geometric conditions imposed by the road as well the topographic ones from the ground, adjusting the latter but not the former. 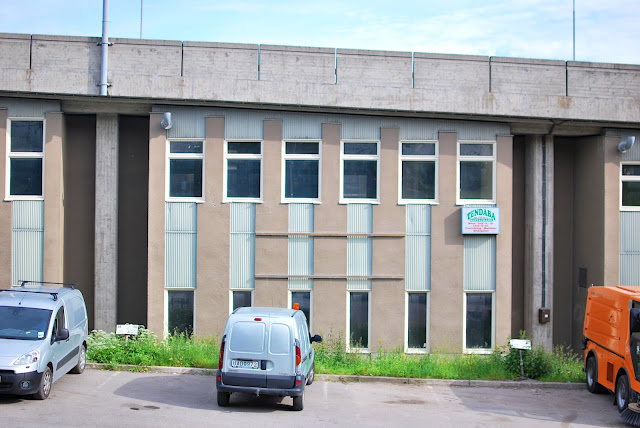 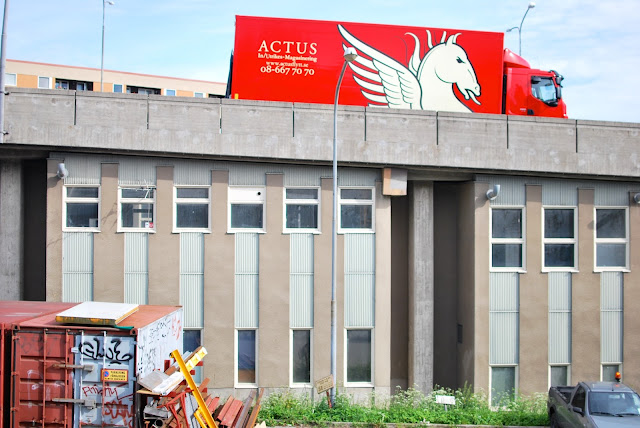 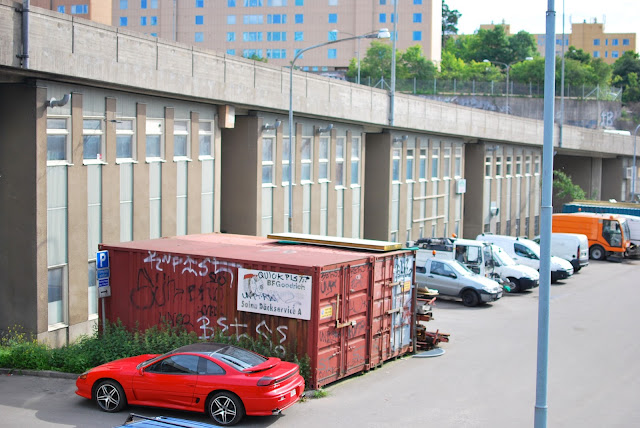 The span of the bridge gives rhythm to the facade. Repetion and variation. 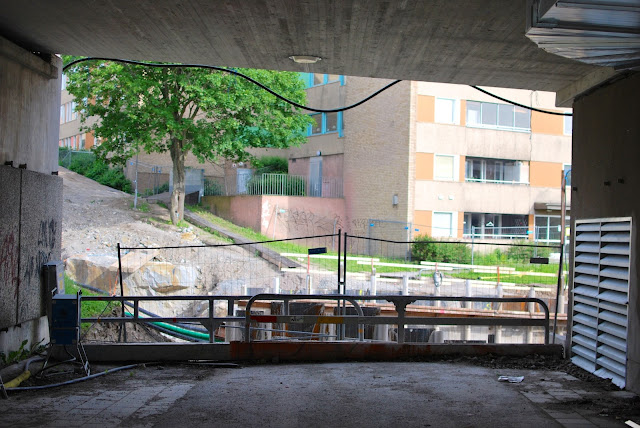 A walking path underneath Frösundaleden ending in nothing while Tvärbanan is being constructed. 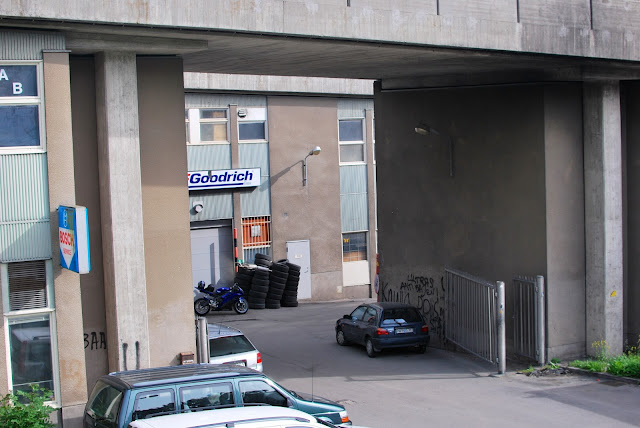 A view underneath the bridge. 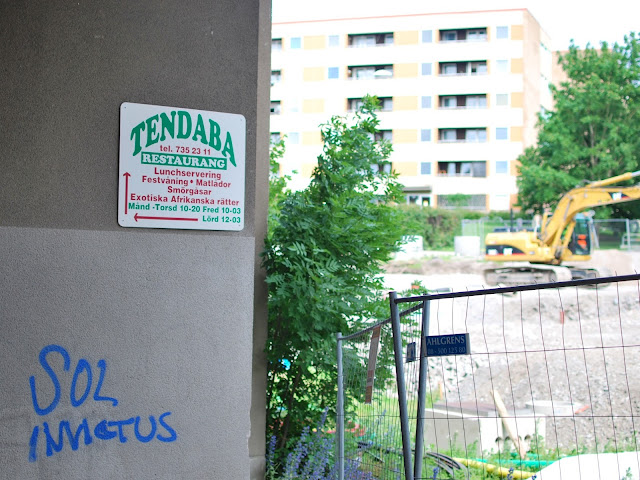 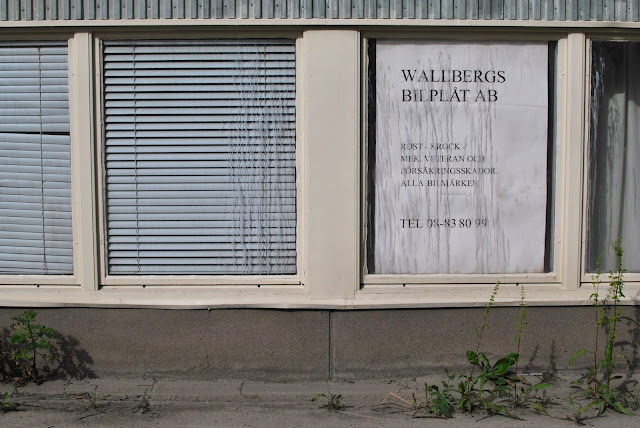 So in the end this part of Frösundaleden shows the effects off the modern city building project on Solna. Still today it seems to act as mental barrier stopping development of the city. For sure it acts as physical barrier.
Posted by LY at 8:19 AM